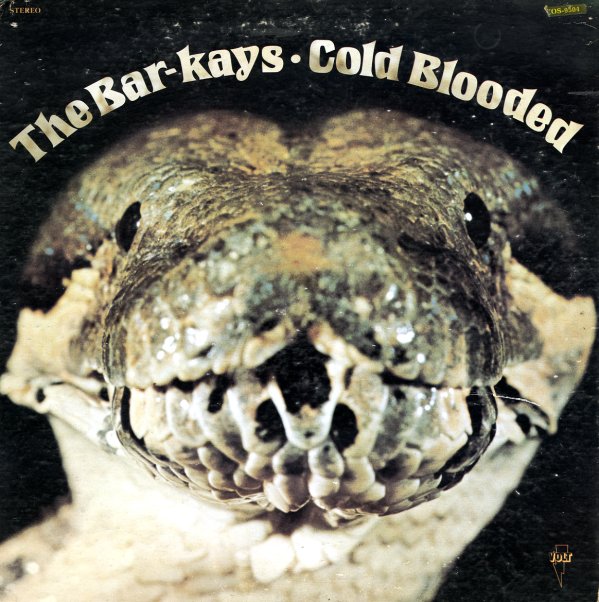 Classic black rock funk from Stax, by the second version of the Bar-Kays (the first went down in the plane with Otis) with a nice hard sound all the way through. There's plenty of guitars in the mix, ripping away like a buzzsaw over the top of bass-heavy funk rhythms – ready to bite with the same sting of the rattlesnake that's pictured on the cover! Cuts include "Coldblooded", "Fightin' Fire With Fire", "Frame of Mind", and "Waiting and Hating".  © 1996-2021, Dusty Groove, Inc.
(Original pressing. NOTE: Vinyl has heat damage, and skips on the first track on each side – the others are fine. Cover has a cut corner and light wear, plus water wrinkling on back.)

Nightcruising
Mercury, 1981. Very Good
LP...$7.99
Man, these guys really know how to groove – and even on a bigger label, with a more commercial image, they still manage to come up with a tight little set! There's a key ear for a bassline and beat that keeps The Bar-Kays standing stronger than most of their contemporaries – a sense of ... LP, Vinyl record album

So I Can Love You
Volt, 1970. Near Mint-
LP...$59.99
One of two albums the Emotions cut for Stax/Volt – both much rootsier than their later hit recordings at Columbia, with a raw soul groove that reaches back to the girls' roots as an indie soul act. This one's got arrangements by Isaac Hayes that work perfectly for the record – tight, ... LP, Vinyl record album