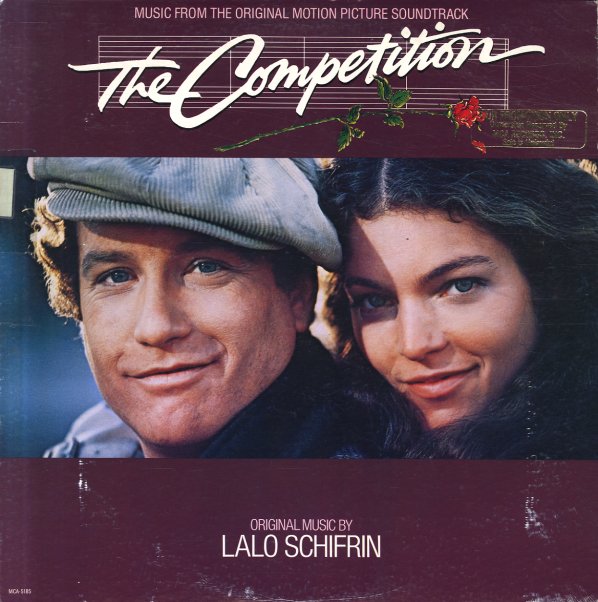 (Cover has light wear and an index label in back.)

Mission Impossible
Dot, Late 60s. Very Good
LP...$6.99
A familiar record – but a fantastic one! You probably all know the famous theme to "Mission Impossible" – Lalo Schfrin's beautiful jazzy number, with three piano notes revolving over and over again with incredible intensity – and the rest of the record is every bit as ... LP, Vinyl record album

Jaws
MCA, 1975. Very Good+
LP...$14.99
A 70s soundtrack that hardly needs an introduction – given that its music and image were virtually ubiquitous at the time! The record's best known for John Williams' famous "da-da da-da" theme for the film – used in the titles, and whenever the big guy wanted to attack – ... LP, Vinyl record album

Battlestar Galactica
MCA, 1978. Near Mint-
LP...$9.99
Stu really surprised us all with this one – working in full orchestral mode on a great set of dramatic themes that almost beats John Williams at his game! The work was scored for the great 70s TV sci fi flick Battlestar Galactica – and overall, most of the tunes are orchestral ones, ... LP, Vinyl record album