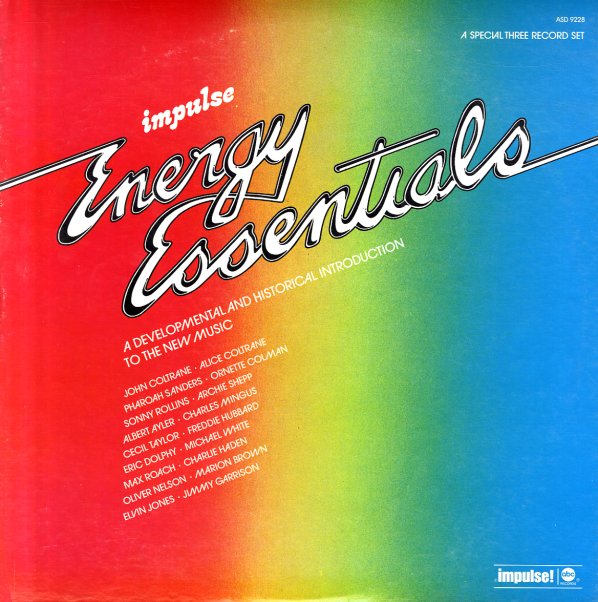 Energy Essentials – A Developmental & Historical Introduction To The New Music

A motherlode of great jazz tracks – 3LPs worth of material pulled from the catalog of the legendary Impulse Records, and laid out back to back, as kind of a progression of the modern throughout the label's history. Titles include "New Blue" by Marion Brown, "Bulbs" by Cecil Taylor, "Aires" by Freddie Hubbard, "Garvey's Ghost" by Max Roach, "Holy Ghost" by Albert Ayler, "John Coltrane Was Here" by Michael White, "The Creator Has A Master Plan" by Pharoah Sanders, "Leo" by John Coltrane, "Galaxy Around Olodumare" by Alice Coltrane, "Song For Che" by Charlie Haden, "Hora Decubitus" by Charles Mingus, and "Teenie's Blues" by Oliver Nelson.  © 1996-2021, Dusty Groove, Inc.
(Cover has ring and edge wear.)