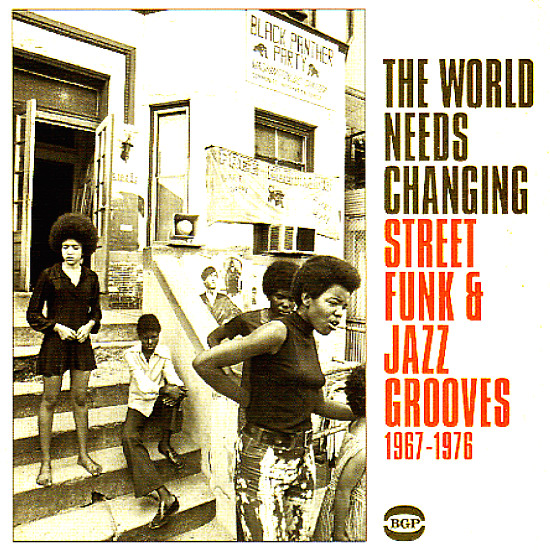 The world needs changing – and plenty of these tunes may well do it – thanks to infectious grooves and some very righteous message-oriented lyrics! The set's a great document of the positive, progressive energy going down in soul music during the heady days of the late 60s and early 70s – a time when the country was changing heavily, and the music was as well – moving into new styles, themes, and ideas – expressed here by a hip batch of cats who were working on some of the best indie labels of the underground! This set offers up a great mix of cool cuts from a variety of sources – a few gems from the Flying Dutchman label, some other obscure 45s, and even a few southern soul numbers that fit surprisingly well with the northern vibe of most of these numbers. Titles include "Walk Tall" by Esther Marrow, "Get Ready/Uptight" by Little Eva Harris, "All Power To The People (part 1)" by Joe Savage & The Soul People, "Soul Patrol" by The Original Soul Patrol, "Do It (inst)" by Johnny Griffith, "The World Needs Changin" by Hank Jacobs & Don Malone, "Sea Saw Affair" by Cesar 830, "Love Tones" by Melvin Sparks, "That's The Way It Goes" by Elaine Armstrong, "This Is The Me Me" by Brenda Jones with Groove Holmes, "Sissy Strut N American Woman" by The Willard Posey Reunion, and "Rudypoot" by Huck & The Soul Patrol.  © 1996-2022, Dusty Groove, Inc.