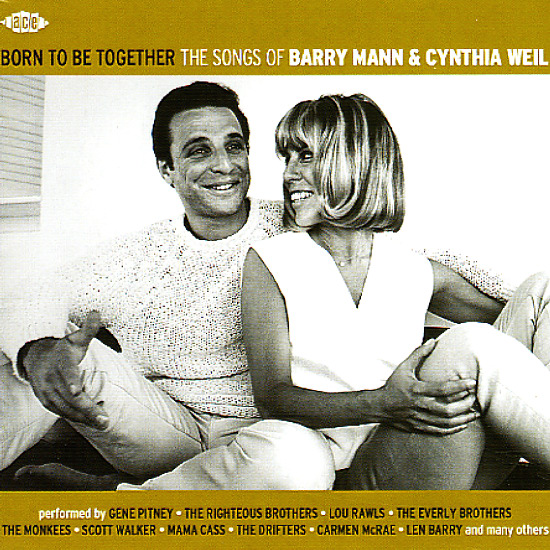 One of the greatest songwriting partnerships of the 60s – featured here in a great mix of soul, rock, and vocal numbers from the time – including a fair number of unusual versions of hits from the team of Barry Mann & Cynthia Weil! Weil's got a style that's sometimes a bit deeper than her contemporaries – and when mixed with Barry's strong sense of punch in a tune, has a way of bringing some surprising sophistication to pop music – little emotive moments that peek out from more hook-heavy numbers – but all without ever sounding lachrymose or overblown. As part of that quality, lots of these tunes have some great New York-styled production – that uptown balance of emotion and class – and as with other titles in Ace's excellent songwriter series, the notes alone are almost worth the price of admission – given all the historical detail, cultural commentary, and cool images. Titles include "New World Coming" by Mama Cass, "Love Is Only Sleeping" by The Monkees, "Angelica" by Scott Walker, "Looking Through The Eyes Of Love" by Gene Pitney, "Love Him" by Doris Day, "Good Good Lovin" by Bobby Hebb, "You Baby" by Len Barry, "Born To Be Together" by The Ronettes, "This Is A Love Song" by Bill Medley, "Make Your Own Kind Of Music" by The Happenings, "Shape Of Things To Come" by Slade, and "Proud" by Johnny Crawford.  © 1996-2020, Dusty Groove, Inc.