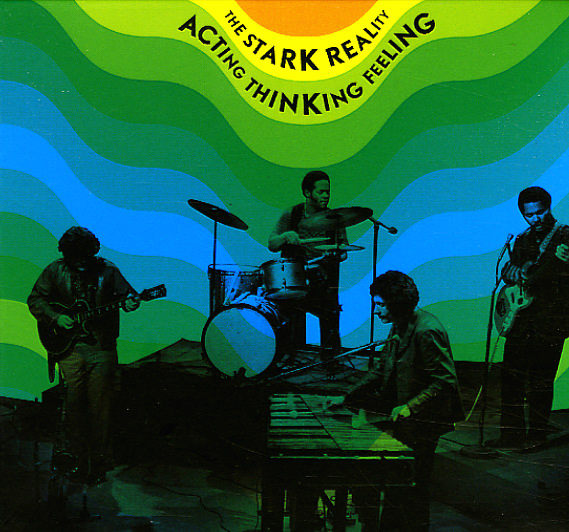 Amazing sounds from The Stark Reality – an obscure group from the early 70s, but one who've really risen to fame over the years – thanks to their groundbreaking ear for new music, and their freewheeling way with a funky groove! This package brings together all the incredible work recorded by the group in the late 60s and early 70s – a mindblowing assortment of funky and fuzzy jazz tracks – almost all of which are graced by the offbeat vibes work of Monty Stark! Stark often adds a bit of distortion into his instrument, which makes for a very tripped-out approach to vibes – one that blends perfectly with the heavy funk of some of the rhythms, and the freaky guitar lines added to most tracks by a young John Abercrombie. Yet at other times, things are very laidback and chilled-out – balanced beautifully from track to track, in a way that illustrates the larger picture the group were always going for in their music. This massive package brings together everything Stark Reality ever recorded – their famous Discovers Hoagy Carmichael's Music Shop album, the Acting Thinking Feeling live performance, the Roller Coaster Ride/1969 album, and lots of rare singles too – more than enough music to please any fan of the group, and blow the minds of anyone who's just getting a first taste. Titles include "Roller Coaster Ride", "On Being Black", "New World Generation", "Theme To Say Brother", "Dreams", "Clouds", "All You Need To Make Music", "Rocket Ship", "Cooking", "The Old Prospector", and "Junkman's Song". Great package too – with two LP-styled CD sleeves inside a larger case, plus a big booklet of notes and photos!  © 1996-2021, Dusty Groove, Inc.