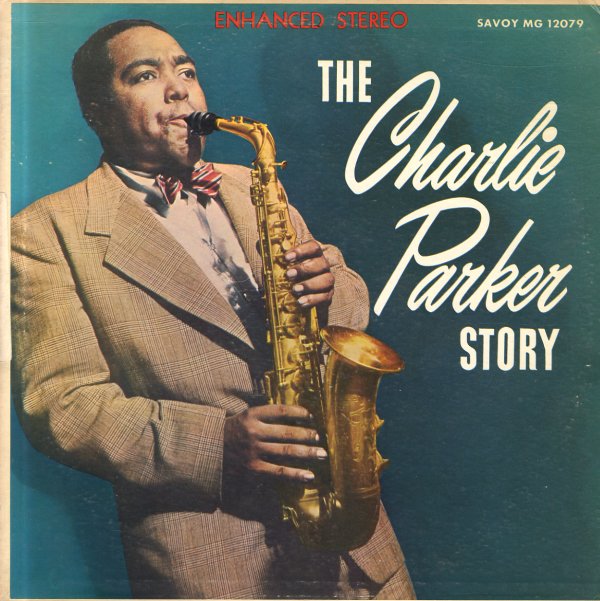 Well, it's not the whole Charlie Parker Story – but the album does feature some great material from a very famous session, recorded on 11/26/1945, originally issued on 78s, along with extra tracks, compiled here in one of Savoy's posthumous Bird LPs from the early 60s. The group includes Miles Davis on trumpet, Bud Powell on piano, Curley Russell on bass, and Max Roach on drums – and titles include original and alternate takes of "Thriving From A Riff", "Meandering", "Koko", "Now's The Time", and "Billie's Bounce", all in early famous versions – with alternate takes too.  © 1996-2022, Dusty Groove, Inc.
(Maroon label pressing, with RVG stamp. Cover has some light wear, but this is a great copy overall.)

Cole Porter Songbook
Verve, Early/Mid 50s. Near Mint-
LP...$7.99 (CD...$1.99)
Charlie Parker takes on the music of Cole Porter – with results that make for some of his most classic moments at Verve! Parker's horn is as hard-bitten as always, but it's also working here in a slightly lyrical vibe – one that brings out the warmth that Charlie could have at just the ... LP, Vinyl record album

Bird On 52nd Street (Fantasy)
Jazz Workshop/Fantasy, 1948. Near Mint-
LP...$14.99
One of the more obscure Charlie Parker sessions of the 40s – at least in the original release! The material was recorded in 1948, on a home tape recorder, but not issued until after his death – part of a huge wave of Charlie Parker material that hit the market at the end of the 50s and ... LP, Vinyl record album

Jazz Perennial – Genius Of Charlie Parker #7
Verve, 1949. Near Mint-
LP...$11.99
One of our favorite of Verve's "genius of" collections of Charlie Parker's work – largely because it includes some wonderful and oft-overlooked vocal tunes! 4 of the tracks on the set feature Bird blowing with a vocal chorus arranged by Dave Lambert – in a style that shouldn't ... LP, Vinyl record album

Charlie Parker On Dial Vol 5
Dial/Spotlite (UK), 1945/1946/1947. Near Mint-
LP...$9.99
An assortment of different sessions from Bird's years recording for the Dial label! First up is an appearance on a Red Norvo track, "Hallelujah", recorded in 1945 – followed by "Moose The Mooche", recorded by a septet in 1946, with players that include Miles Davis and ... LP, Vinyl record album

Long Tall Dexter – The Savoy Sessions
Savoy, Late 40s/1976. Very Good+ 2LP Gatefold
LP...$9.99
A huge collection of material that Dexter recorded for Savoy in the early bop years – mostly issued as 78 rpm singles, but also including a number of tracks from the album Dexter Rides Again. The set brings together a wealth of alternate takes of the material, including a number of unissued ... LP, Vinyl record album