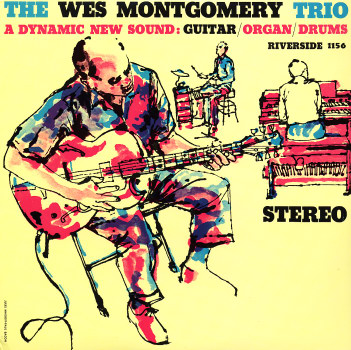 Wes Montgomery's first album as a leader – a relatively obscure set that has him playing in a trio with Indianapolis bandmates Mel Rhyne on organ and Paul Parker on drums – a mode that strongly recalls Montgomery's roots in the Indy scene at the time! If you only know the later, famous Wes Montgomery with bigger charts, you'll be surprised to hear him here in a cooking little combo – the kind of group that made Mel Rhyne a local Hammond hero in Indy, although it seemed to take decades for him to get any sort of larger recognition. The groove is straight and simple, but the real charm is Wes' chromatic lines on guitar – already quite distinctive among his contemporaries, and allowed ample room to express their voice in this setting. Titles include "Ecorah", "Missile Blues", "Too Late Now", "Jingles", and "Whisper Not".  © 1996-2022, Dusty Groove, Inc.
(Includes slipcase, spine has a cutout notch.)