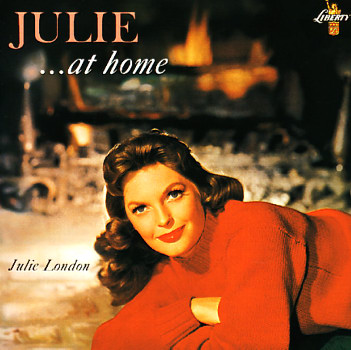 One of Julie London's strongest overall albums – a great session that features small group backings with a warm and intimate feel! There's less of the languid sadness of some of Julie's other records, and more of the dreamy floating style of singers like Chris Connor or June Christy on this one. The feeling of the album's great, and it shows that Julie was much more than a pop singer with sexy looks and a smoky finish – although we're happy to hear that on here too! Titles include "Let There Be Love", "Goodbye", "You've Changed", "You'd Be So Nice to Come Home To", "Lonesome Road", "They Didn't Believe Me", and "The Thrill Is Gone".  © 1996-2021, Dusty Groove, Inc.
(Mono rainbow label pressing. Cover has light wear.)