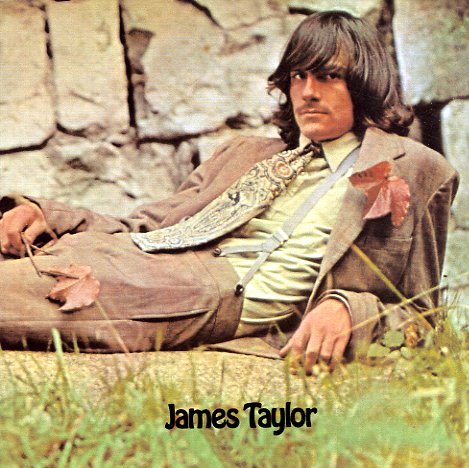 As warm and wonderful of a late 60s singer songwriter effort as we can imagine wanting to hear in the late 60s mainstream – so it's fitting that James Taylor was signed with the Beatles' Apple Records for this excellent self-titled album! The lyrics chronicle a troubled soul, but man, did James ever making encroaching personal horrors sound sweet at his best. We think he's at his best here, and titles include "Don't Talk Now", "Knocking 'Round The Zoo", "Carolina In My Mind", "Night Owl", "Rainy Day Man", "The Blues Is Just A Bad Dream" and more.  © 1996-2021, Dusty Groove, Inc.
(Stereo UK pressing. Cover has some splitting in the spine and is lightly bent near the top and bottom.)

Live Peace In Toronto
Apple, 1969. Sealed
LP...$14.99
The earliest incarnation of the Plastic Ono band, and more or less a one off, with an all-star line up that included Eric Clapton and Klaus Voorman alongside Lennon and Ono. One side of the rootsy rock that was the old school Beatles stock in trade, and one side of Yoko Ono doing her thing on the ... LP, Vinyl record album

All Things Must Pass (3LP Box Set)
Apple, 1970. Very Good+ 3LP Box Set
LP...$69.99
Maybe one of the greatest things that George Harrison did after the breakup of The Beatles – not his first solo album, but yet his first non-experimental venture – and a triple-length set that's filled with magic throughout! This isn't one of those "shoulda been a single ... LP, Vinyl record album

Band On The Run
Apple, 1973. Very Good-
LP...$14.99
One of the most brilliant moments of genius from Paul McCartney & Wings – and a set that has Paul working with the group in perfect album formation – able to craft enough songs that became hit singles, yet also fit the whole thing together in a superb sonic reality that made the ... LP, Vinyl record album