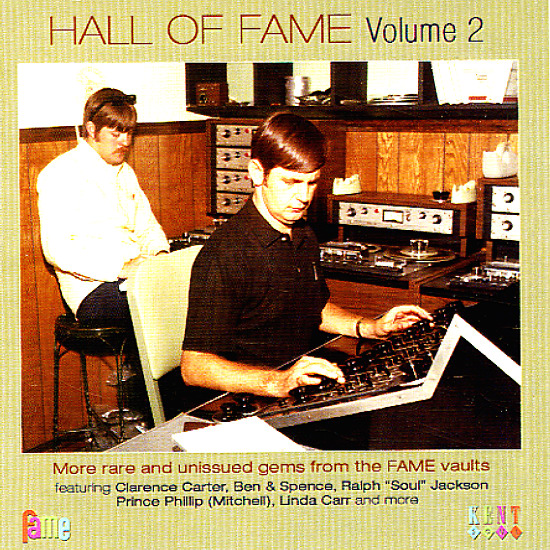 We can't get enough of Fame Records – that legendary powerhouse of southern soul in the 60s and 70s – and fortunately, the vaults of the studios have finally been opened after all these decades – and we're really getting the full picture of all the genius that went down in Muscle Shoals! This tremendous little package is essential southern soul listening for both the collector and newcomer – a whopping 24 tracks that virtually define the sound of the genre at its height – handled perfectly by producer Rick Hall and his core combo of crack musicians – working way past cliche to create some tremendous music on the set! A few of the artists here are names you'll know from Fame hits, a few more are lesser-knowns from the scene at the time – and a few more are even completely unknown – singers who weren't listed on the master tapes or studio records, but who are issued here because their vocals are so great. Titles include "Long Ago" by Ben & Spence, "It Tears Me Up" by James Barnett, "Take Me Back" by George Jackson, "Unfortunately" by Jackie, "Have Pity On Me" by Billy Young, "Don't Let It Be Sad" by June Conquest, "Fool For A Woman" by Prince Phillip, "Take It All Off" by Clarence Carter, "Are You Teasing Me" by Linda Carr, "I Can't Stop" by Big Ben Atkins, "Get In A Hurry" by Joe Simon, and "Midnight Affair" by George Soule.  © 1996-2021, Dusty Groove, Inc.