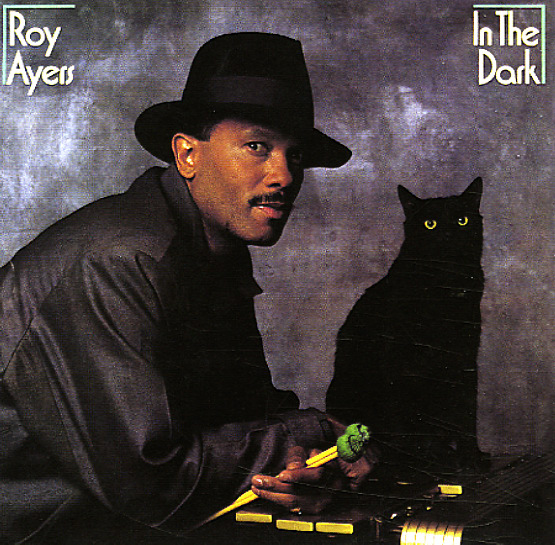 In The Dark (with bonus tracks)

Roy Ayers in a seductive mid 80s mode – his first for Columbia – and a record with some incredibly nice moments that blow away most of his contemporaries! The synth soul and drum machine era might seem like an odd fit for Roy's jazzy vibes, but it actually works really well here! You could argue that few players with a such profound jazz funk pedigree could pull off an 80s modern sound so succussfully – and we'd argue that Roy Ayers is indeed one of the few! If synths and programmed drums aren't your thing, this record is actually more heavily-weighted with laidback jazzy soul, with plenty of vibes and the usual warm sexy vocals from Roy. Includes the funky classic "Poo Poo La La", which has a great little monologue in it – plus "I Can't Help It", "Compadre", "Sexy, Sexy, Sexy", and "Love Is In The Feel". This 2012 FTG CD includes 3 bonus tracks: "In The Dark (7" Version)", "Poo Poo La La (Edit)" and "Love Is In The Feel (7" Version)".  © 1996-2021, Dusty Groove, Inc.

Head To The Sky
Columbia, 1973. Used
CD...$8.99
A tremendously beautiful album – and a righteous anthem of power and growth that seems to open itself up to us more and more over the years! Earth Wind & Fire are at their height here – mixing together soul and funk with a set of influences that includes African percussion and ... CD