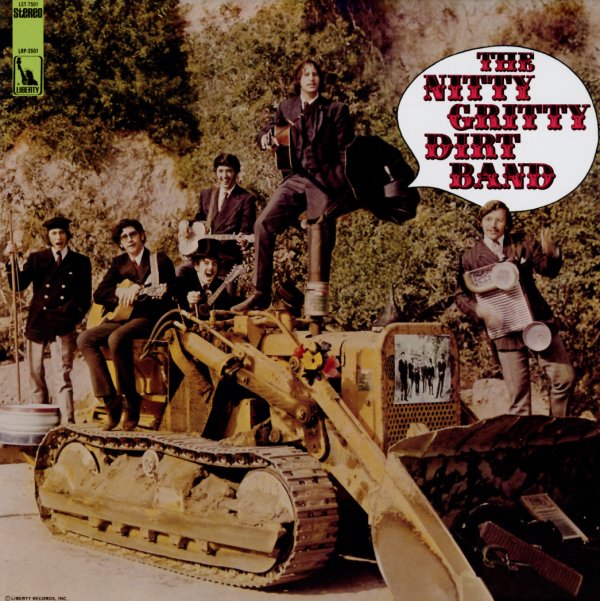 Brilliant early work from Nitty Gritty Dirt Band – a group who grew up in the same Cali sunshine that birthed The Byrds, but who definitely took a very unique path in the way they blended together folk, rock, and country! These guys show their wit on their sleeves a bit more than in later years – almost a Mike Nesmith sense of their style, seen from the outside – with an approach that's kind of a running commentary on what they're trying to do, even at the same time they're doing it so well. Songs are plenty playful, with almost a late 60s Warner Brothers revision of nostalgia at times – and titles include "Buy For Me The Rain", "Song to Jutta", "Candy Man", "Dismal Swamp", "Crazy Words Crazy Tune", and "You're Gonna Get It In The End".  © 1996-2021, Dusty Groove, Inc.
(Original stereo pressing. Cover has light wear and aging.)