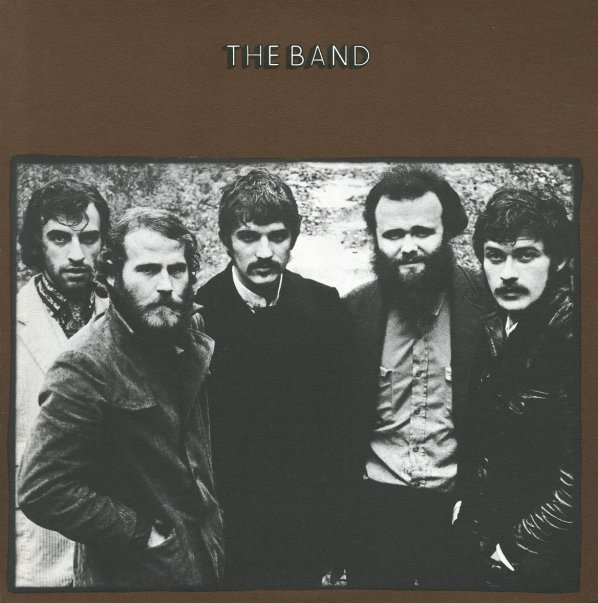 Maybe not the first album from the legendary Band – but a record in which the group get everything completely right all the way through – and sparkle with that special sound that continues to influence generations of music makers, and music lovers! All the great elements the group were bringing to their work with Bob Dylan are in place here – but the focus is completely different, with this warm glow that really fits the vocals of Levon Helm, and a sense of unified vision that makes it really hard to even come up with a match for the energy of the group on this album. The great John Simon adds a few special touches to the overall sound – and titles include "Rockin Chair", "Across The Great Divide", "When You Awake", "Up On Cripple Creek", "The Night They Drove Old Dixie Down", "Look Out Cleveland", and "King Harvest". Includes 7 bonus tracks.  © 1996-2022, Dusty Groove, Inc.
(Includes 7 alternate takes.)

Music From Big Pink (Japanese SHM-SACD pressing)
Capitol (Japan), 1968. Used Gatefold
CD...$49.99 (LP...$79.99)
The landmark first album from The Band – and along with the follow-up, it's among the greatest records of its time – which is all the more astounding given how independent of late 60s trends it is! Each member of The Band brings such inimitable textures – Garth Hudson's imposing ... CD

Last Waltz
Warner, 1978. Used 2 CDs
CD...$4.99
One of the most iconic rock and roll shows of all time – the late 70s farewell to The Band – and quite famously, much more than a final concert by an esteemed band, it's actually a rock, pop, folk, blues and soul summit that features The Band as the house band. This landmark document ... CD