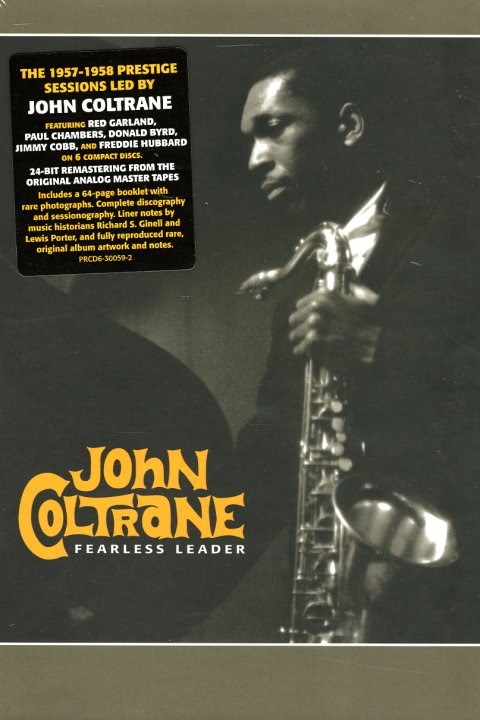 A massive amount of greatness – the first run of albums by John Coltrane as a leader, recorded for Prestige Records in 1957 and 1958, and packaged here with a huge booklet of notes as well! The 6CD collection features a massive 48 tracks in all – the long, open-ended grooves that Coltrane recorded for Prestige – really stepping into the spotlight as a leader on his own, and working with players who include Red Garland on piano, Donald Byrd and Freddie Hubbard on trumpets, Paul Chambers on bass, and Jimmy Cobb on drums. The set features exquisite packaging – very unique – plus a beautiful 64 page book that includes album artwork, new liner notes, and a full discography and sessionography too!  © 1996-2023, Dusty Groove, Inc.
(Out of print, back cover has a lightly bumped corner.)

Africa/Brass
Impulse, 1961. Used
CD...$4.99 (CD...$9.99)
Quite a different album than usual for John Coltrane, but a classic one too – and a set that has the great one exploring his ideas in a set of longer tracks recorded with an expanded jazz orchestra! The format's hardly the mainstream big band of the time – as Coltrane's filled the ... CD

God Bless Jug & Sonny
Prestige, 1973. Used
CD...$5.99
Great late work by Jug and Sonny – recorded as one of those excellent concerts thrown by Baltimore's famous Left Bank Jazz Society. The format is simple – with both soloists up front, and a crack rhythm section that includes Cedar Walton, Sam Jones, and Billy Higgins – and the ... CD