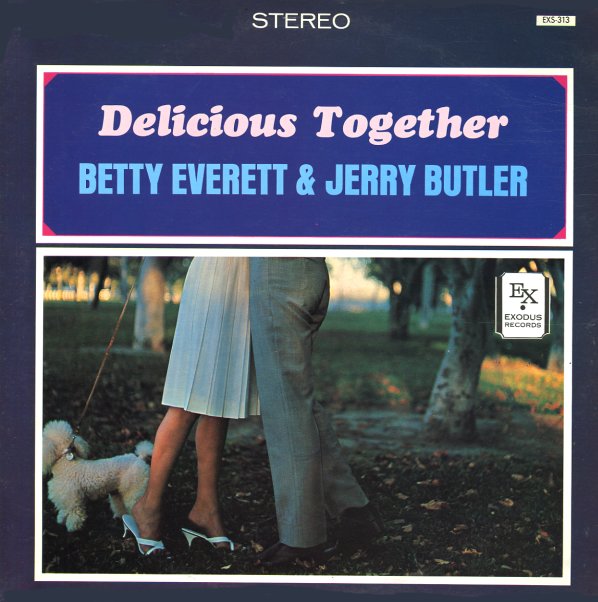 Betty Everett and Jerry Butler certainly are delicious together – and the pair have more than enough great energy to hold on strong throughout this entire album of duets! Although Motown is probably best remembered as the home of the male/female duet mode of the 60s – Vee Jay certainly helped get things started with this great album – one that matches Jerry's Iceman vocals with Betty's warmer, younger approach – a pairing that comes off surprisingly well on the album's variety of numbers! Johnny Pate arranged, and titles include "Let It Be Me", "I Can't Stand It", "Fever", "Just Be True", "It's All Right", "Ain't That Loving You Baby", "The Way You Do The Things You Do", and "Our Day Will Come".  © 1996-2021, Dusty Groove, Inc.
(Black label pressing. Vinyl has a short click in one spot, but is very nice overall.)

Goodnite It's Time To Go
Vee Jay, Late 50s. Near Mint-
LP...$19.99
A rare album of classic doo wop – from one of Chicago's greatest harmony groups! In contrast to labelmates The El Dorados, The Spaniels were a bit smoother, and added more of a sweet harmony sound to their style – as you'll know from tracks like "Goodnite Sweetheart Goodnite" ... LP, Vinyl record album

Window Of A Child
CTI, 1977. Near Mint- Gatefold
LP...$9.99
A great little album of jazzy soul – the second that Seawind cut for CTI, and very much an extension of the first! The album's got a breezy west coast fusion sound – kind of like work that was coming out of Fantasy Records, or some of the more obscure independent fusion albums at the ... LP, Vinyl record album

Echoes Of An Era
Elektra, 1982. Near Mint-
LP...$9.99
A really unique album for Chaka Khan – one in which she teams up with a host of jazz artists to craft a classic-styled set of vocals! Given that Chaka was at the height of her 80s groove solo career at the time of this one, the move is a surprising one – but also a great chance for ... LP, Vinyl record album

Gap Band III
Mercury, 1980. Near Mint-
LP...$19.99
A great one from the Gap Band – funky gems and sinister groovers – the best of both worlds for the group! Tunes like "Burn Rubber On Me (When You Want To Hurt Me)" and "Humpin" packed 80s dance floors for good reason, and put the band in steady rotation, while ... LP, Vinyl record album