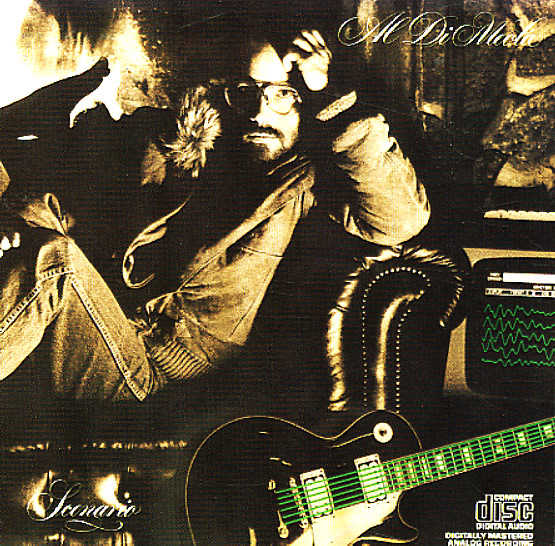 Casino
Columbia, 1978. Near Mint-
LP...$4.99
Casino has a smaller, tighter lineup than some of Al DiMeola's other records of the time, but the overall sound is still pretty far-reaching – thanks to a mix of keyboards from Barry Miles, and a blistering array of acoustic and electric guitars from Al himself! Steve Gadd propels the group ... LP, Vinyl record album

Straight No Chaser
Columbia, 1967. Very Good+
LP...$39.99
Classic 60s work from Thelonious Monk – featuring his incredible quartet with Charlie Rouse on tenor, certainly Monk's best-ever musical soulmate! The album features some newer versions of older tunes, and a few written just for the album – but the source of the material is not ... LP, Vinyl record album

Solo Flight – The Genius Of Charlie Christian
Columbia, 1939/1940. Very Good+ 2LP Gatefold
LP...$6.99
Small group genius from one of the first major players of jazz guitar – electrified Charlie Christian, working here in the Benny Goodman Sextet, and in his own combo too! LP, Vinyl record album

Silver's Blue (Columbia Special Products)
Columbia, 1956. Very Good+
LP...$14.99
Killer early work from Horace Silver – and a rare non-Blue Note session from the 50s! The album's Horace's only date for Columbia, and it's got a feel that's similar to some of the Jazz Messengers' hardbop recordings for the label at the time – cooking with a soulful intensity at the ... LP, Vinyl record album