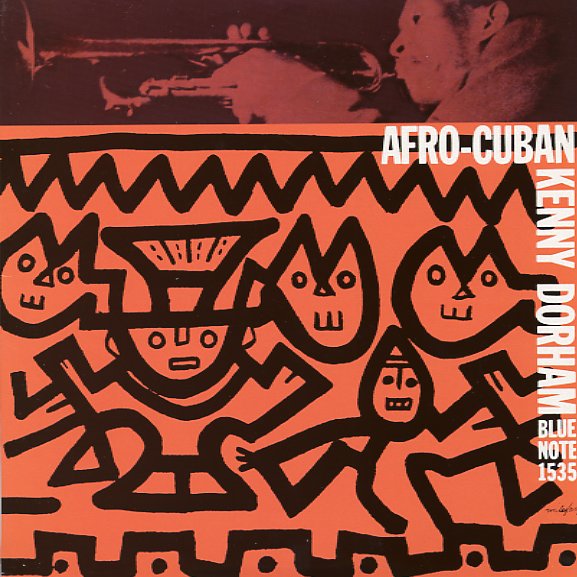 A completely unique little session – and a record that's every bit as musically striking as you might guess from its title and cover! The date's a rare Latin-tinged one for trumpeter Kenny Dorham – a record that takes his usually smooth sound and sets it up against octet backings with horns from JJ Johnson on trombone, Cecil Payne on baritone sax, and Hank Mobley on tenor – plus piano from Horace Silver, bass from Oscar Pettiford, and drums from Art Blakey – plus added congas from Patato Valdes! The expanded group plays with a great sense of power – really pushing Kenny's sound tremendously – and although the album also features a few tracks by a smaller group with less percussion, these also have a bit of a Latin/exotic tinge too. Titles include "Basheer's Dream", "Lotus Flower", "KD's Motion", "Venita's Dance", "Minor's Holiday", "La Villa", and "Afrodisia".  © 1996-2021, Dusty Groove, Inc.