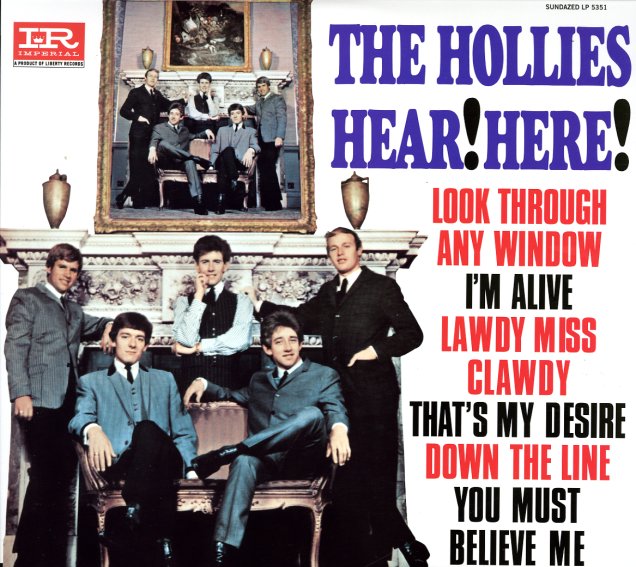 The second album of Brit Invasion greatness from The Hollies – the reworked US version of their album Hollies that came out in the UK – armed with more original material than their earlier LP, but the group's skillful way with songs penned by others – including Curtis Mayfield & Roy Orbison as great as any of their peers! From raw rockers with impeccable harmonies, to very well done R&B styled numbers, it all sounds great! Titles include "I'm Alive", "Very Last Day", "Down The Line", "Lawdy Miss Clawdy", "Too Many People" and more.  © 1996-2020, Dusty Groove, Inc.
(Mono pressing with deep groove. Cover has light aging, with some writing in pen on back.)