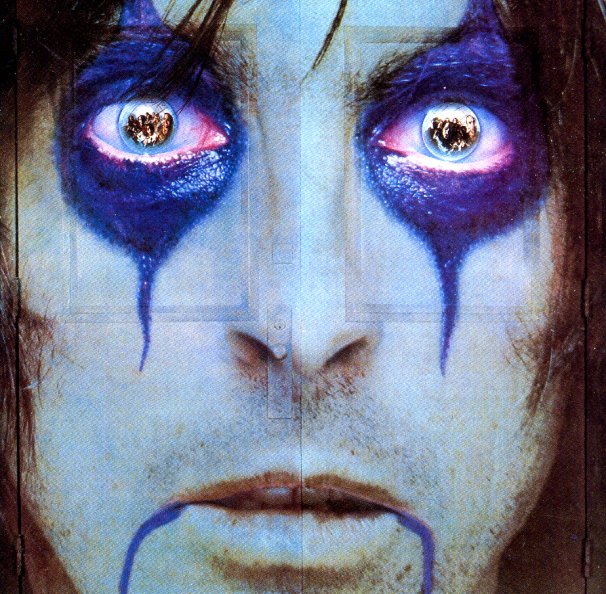 (In the original die-cut gatefold cover, still sealed with cutout notch. Shrinkwrap has a torn corner at the top left and some sticker remnants on back.)

Welcome To My Nightmare
Atlantic, 1975. Very Good
LP...$11.99 (LP...$21.99)
A record that might have been a step into cliche for Alice Cooper – but one that still stands surprisingly strong after all these many years! Sure, the Coop as spook-master is very firmly stated on the cover and title – and yes, the record does feature an appearance from Vincent Price ... LP, Vinyl record album