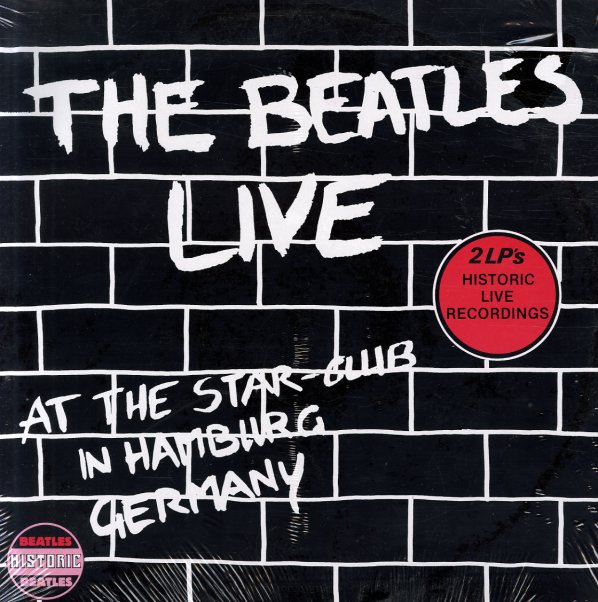 Beatles Live – At The Star-Club In Hamburg Germany

Very early work from The Beatles – material cut when they were entertaining the sailors and rougher underground of the Hamburg scene in Germany – before returning to the UK in greater fame! There's some raw rockers here – including a number of tracks that the group never recorded for EMI!  © 1996-2022, Dusty Groove, Inc.
(70s US pressing. Cover has a cutout hole, some edge wear, and an unglued bottom seam.)