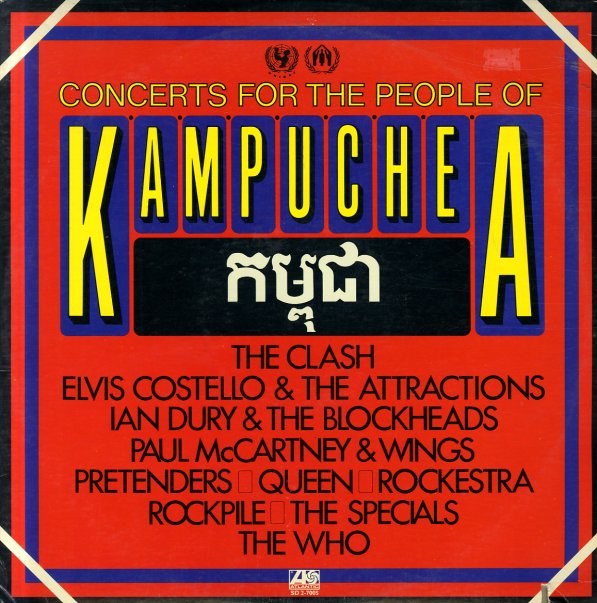 One of the hipper benefit records of the early 80s – with exclusive live performances by The Clash, The Specials, Ian Dury, Elvis Costello, The Who, Rockpile, Wings, Pretenders, Queen, and Rockestra – a group with Paul McCartney, Pete Townshend, Robert Plant, and Dave Edmunds!  © 1996-2021, Dusty Groove, Inc.
(Cover has a sloppy cutout notch.)

Presence
Swan Song/Atlantic, 1976. Very Good+ Gatefold
LP...$39.99 (CD...$18.99)
Overlooked genius from Led Zeppelin – an album that was missed by many the first time around, because of it's tight focus and simplicity! For the set, the group step back just a bit from their more stylistically sprawling tendencies – almost as if they got some of the more ambitious ... LP, Vinyl record album