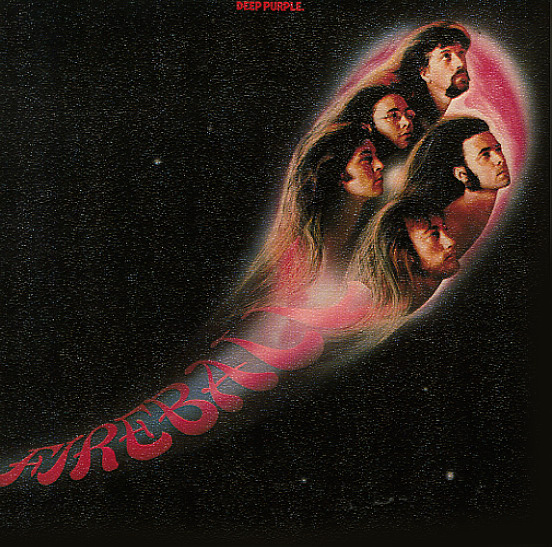 A definite fireball from the legendary early lineup of Deep Purple – a record that has the group soaring to the skies in a blazing blend of guitars, keyboards, bass, and drums! A set like this is seminal for understanding just how far rock music stepped in just a few short years – because back in the mid 60s, these guys might have been slavishly laying out blues riffs, or trying to copy their American heroes – but those roots are completely subsumed in the band's own style, and delivered with a dexterity that's truly amazing – a brash, balls-out quality that should be given everything it's trying to claim – because a record like this doesn't need to answer to anyone! Titles include "Fireball", "No No No", "Anyone's Daughter", "Demon's Eye", "The Mule", and "No One Came".  © 1996-2022, Dusty Groove, Inc.
(Burbank label pressing. Cover has light surface wear, small split on top seam.)

Deep Purple In Rock
Warner, 1970. Very Good Gatefold
LP...$19.99
Deep Purple may be asking a lot to knock the faces of the presidents off Mount Rushmore, and put up their own images instead – but given the force of this classic early 70s set, they may well have the musical power on their own to carve up a whole mountainside! The album's a ripper right ... LP, Vinyl record album

Machine Head
Warner, 1972. Very Good- Gatefold
LP...$11.99
One of the crowning classics from the early years of Deep Purple – and a set that will forever be remembered for giving the world the classic rock anthem "Smoke On The Water"! Yet the record as a whole is even better – and is filled with some long-burning, hard-wailing tracks ... LP, Vinyl record album