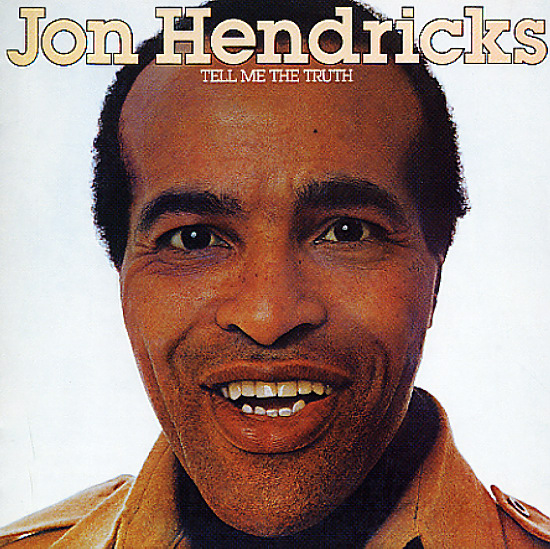 Tell Me The Truth

One of the greatest records ever by Jon Hendricks – one of our favorite male jazz singers of all time! The album's an obscure 70s session that features Jon opening up from earlier days – moving into a bit of soul, a bit of funk, yet still keeping things really strong on the jazz tip. This added range of expression unlocks the depths of Hendricks' really expressive vocal style – a combination of warmth and pyrotechnics, all held together with a raspy tone that makes us hang on every single word. Includes the massive jazz dance track "I'll Bet You Never Thought I'd Find You", a nice take on "Naima", plus "On the Trail", "No More", and a good version of Gil Evans' "Blues for Pablo".  © 1996-2022, Dusty Groove, Inc.
(White label promo. Cover has a cutout notch and lightly bent corners.)