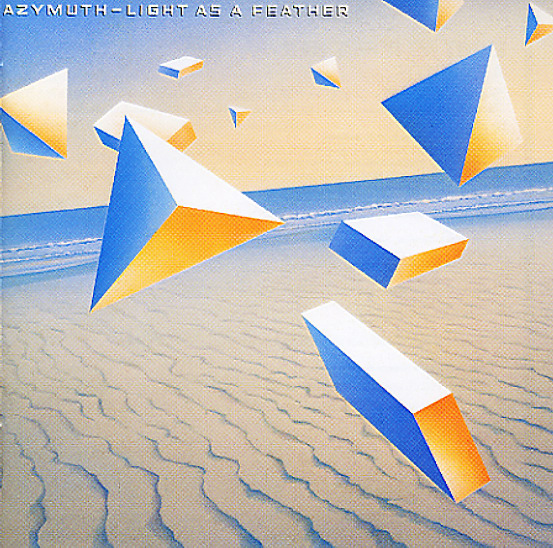 Also available
Azymuth — Light As A Feather (limited edition blue vinyl) ... LP 29.99
One of Azymuth's best-remembered albums from their American years on Milestone – a really killer classic that beautifully blends Brazilian and American styles of fusion! There's a simple, elegant feel to these tunes that takes off nicely from the group's previous album for Atlantic in Brazil – a pushing forward of the soulful sides of their style, but with just the right blend of quirkier elements as well – one that still keeps the edge of the early years, yet helps the group reach out with a wonderfully warm sound! Most tracks are quite spare, and without any too-smooth polishing in production – and titles include the classic "Jazz Carnival", a funky fusion classic if there ever was one – plus "Light As A Feather", "Avenida Das Manguerias", "This Exists", "Partido Alto", "Dona Olimpia", "Amazonia", and "Young Embrace". CD also features four bonus tracks – "Jazz Carnival (full original mix)", "Avenida Das Manguerias (SS translation by Theo Parrish)", "Jazz Carnival (Yambee rework by Ashley Beedle & Yam Who)", and "Codsall Juniors" by Mark E.  © 1996-2023, Dusty Groove, Inc.
(Remixed and remastered version – with better sound than ever!)