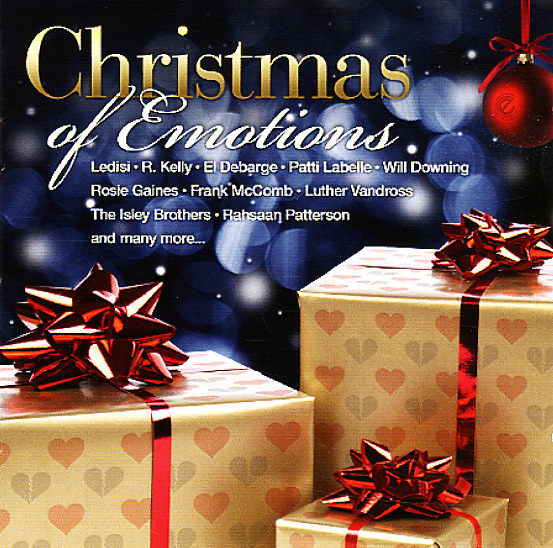 A stunningly soulful Holiday set – one that goes way past the overplayed Christmas soul tunes of the 70s and 80s, and which has a lot fresher feel than a Christmas Slow Jams set as well! Most of the numbers here are contemporary, and are a mix of Neo Soul artists from the underground, and a few favorite voices from years past – all represented in a batch of tracks that are mighty darn great, and will help your December listening get way past "This Christmas" and Motown Holiday records! Titles include "Give Me A Star" by Bebe & Cece Winans, "Christmas At My House" by Rahsaan Patterson, "Thank You" by Ledisi, "Christmas Day" by Frank McComb, "It's Not Really Christmas" by Trina Broussard, "A Love Letter Christmas" by R Kelly, "Christmas Time Is Here" by Jeffrey Osborne, "Cold Winter In The Ghetto" by Lonnie Hill, "December 25th" by Rosie Gaines, "Christmas Love & You" by Will Downing, "A Kiss For Christmas" by Luther Vandross, and "Christmas Of Emotions" by Eddie Sea with Shauntia Toussaint.  © 1996-2021, Dusty Groove, Inc.