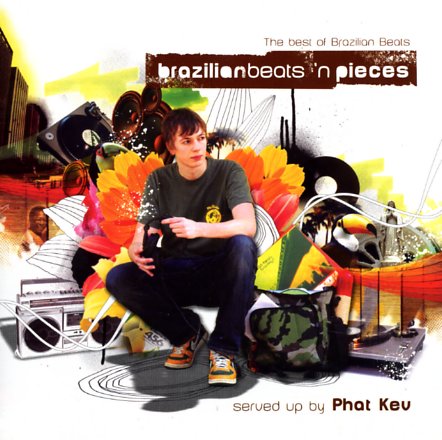 A great reworking of the classic Brazilian Beats series – one that features 32 tracks from the previous 6 volumes, all selected and remixed live by Phat Kev! The package is kind of a Brazilian mixtape overall – of the sort that were floating around a few years back in the underground, but done here in a tight, professional style that's seriously funky – blending older Brazilian beats with contemporary production modes, but always in a way that keeps the spirit of the originals intact! Kev doesn't do too much to the core tunes – but does have a way of stepping lively from one number to the next – and titles in the mix include "Eu Sou Mais Eu" by Anna Mazzotti, "O Journaleiro" by Toni Tornado, "La Lupita" by Nico Gomez, "A Festa" by Silvio Cesar, "Nao Aquento Voce" by Trio Esperanca, "Marcos" by Quarteto Uai, "Hot Pants Road" by Boogaloo Combo, "Carolina" by Seu Jorge, "Take Me Back To Piaui" by Juca Chaves, "Deus Me Faca Funky" by Skowa & Mafia, "Summertime" by Rosina De Valencia, "Carolina Carol Bela" by Jorge Ben & Toquinho, "Samblues" by Sambalanca Trio, and "Barumba" by Dom Salvador.  © 1996-2022, Dusty Groove, Inc.