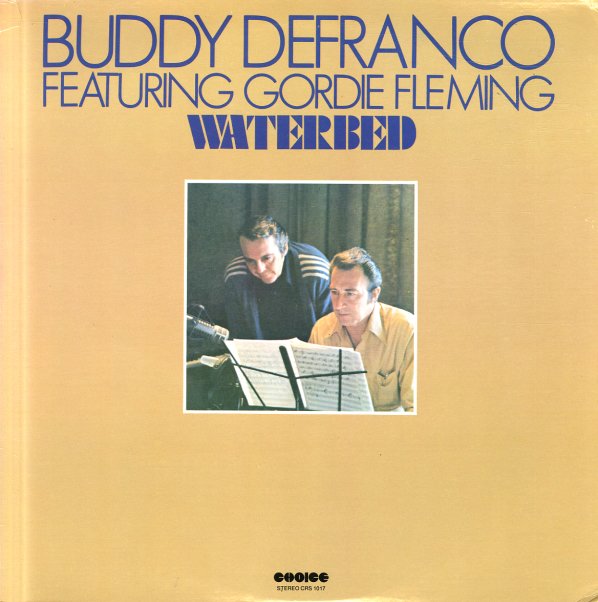 A really cool 70s album from reedman Buddy DeFranco – and one that resonates strongly with some of his groovy 60s work with Gumina! As with those records, this one features both clarinet and accordion – the former by Buddy, the latter by Gordie Fleming – used here in a match that's surprisingly strong all the way through, with this great blend of sharper tones and warmer colors – augmented by electric bass work from Michel Donato, and work on drums by Peter Magadini! The accordion has all these cool chromatic elements – similar to the way the instrument could be recorded at its best by the MPS label – and titles include "The Dreaded Lergy", "Uncle Horsley Writhes Again", "Waterbed", "Sunnyside Beach", and "Lush Life".  © 1996-2023, Dusty Groove, Inc.
(Cover has top seam split, light wear & aging.)