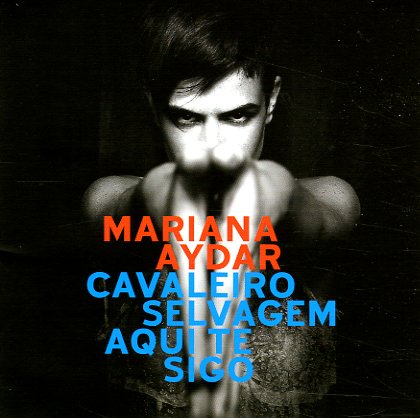 Mariana Aydar's really blowing our mind since the last time we heard her on record – stepping forth here with her deepest, most complex material ever – an album as rich in sounds and styles as some of our favorite Brazilian material from the 70s! There's this confidence to the presentation that's completely genre-transcendent – that feel of making new musical space we loved in the Tropicalia era, and the MPB generation of the 70s – a mode that few other Brazilian singers, especially female ones, can match this well these days. The record speaks volumes on its own – so much so that we'd be daft to try to pin it down with just a few words – but we can definitely say that once you hang on for the ride, Mariana got plenty of places to take you through the course of the set. Titles include a great remake of "Nine Out Of Ten", plus "Galope Rasante", "Floresta", "A Saga Do Cavaleiro", "Solitude", "Vinheta Da Alegria", "Cavaleiro Selvagem", and "Porto".  © 1996-2021, Dusty Groove, Inc.
(Out of print.)