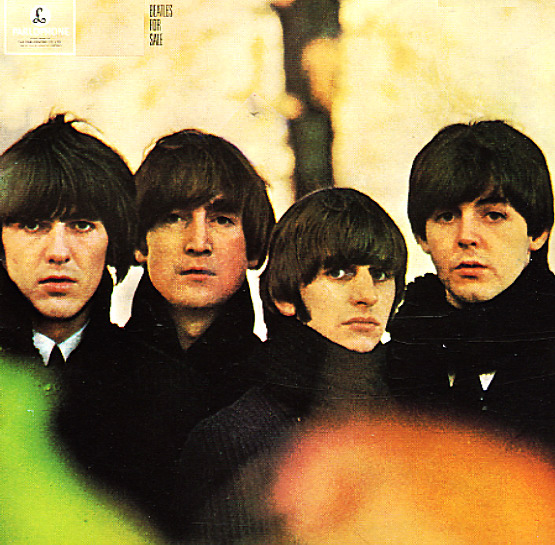 The Beatles for sale, but never in a commercial way at all – early proof of the group's great balance between mainstream appeal and sounds that still stick to the frontiers of rock and roll! The tunes are short, and heavy on influences from American R&B – yet the Fab Four are already crafting their new sound strongly, and have a melodic brilliance that's hard to deny! Titles include "Eight Days A Week", "Words Of Love", "Honey Don't", "Every Little Thing", "I Don't Want To Spoil The Party", "Everybody's Trying To Be My Baby", "I'm A Loser", "Rock & Roll Music", "I'll Follow The Sun", "Mr Moonlight", and "No Reply".  © 1996-2022, Dusty Groove, Inc.