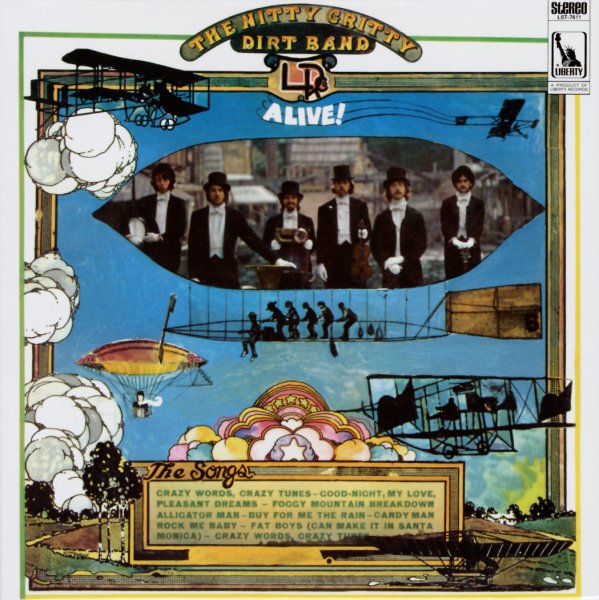 Right from the start, the Nitty Gritty Dirt Band were wonderful in the studio – but as this album will show, they were even more vibrant in a live setting – a format that would give them some of their best records over the years! This set has the group working at a level that's both technically sharp and whimsically goofy – completely respectful of their roots, but also with enough perspective on their career to never take themselves too seriously – a charm that would only deepen as the years moved on. The instrumentation is wonderful – at a level that almost puts these guys in heady country/roots rock territory of groups like Dillard & Clark or Flying Burrito Brothers – but with an approach that's definitely NGDB all the way through. Titles include "Fat Boys Can Make It In Santa Monica", "Candy Man", "Foggy Mountain Breakdown", "Crazy Words Crazy Tunes", "Buy For Me The Rain", and "Rock Me Baby".  © 1996-2021, Dusty Groove, Inc.
(Cover has light ringwear.)