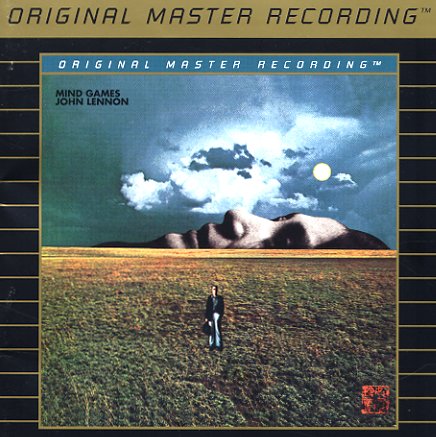 The great John Lennon album from 1973 – still in an exhilaratingly creative mode with strong Plastic Ono traces, even if the overall effect is more mainstream friendly – ultimately, an album that stands incredibly well on its own, even if its something of a bridge to John's rock and roll years to come! The songs aren't as overtly strident as the ones on Sometime In New York City, but there's plenty of passion bubbling under the surface – and the struggle to be as honest and passionate as he can be without bludgeoning us over the head with his feelings brings an underlying tension the work as whole that's pretty amazing to this day. Includes the great, always emotionally resonant title track plus "Bring On The Lucie", "Nutopian International Anthem", "Intuition", "You Are Here", "Meat City", and "I Know I Know".  © 1996-2022, Dusty Groove, Inc.
(Out of print gold CD pressing – from Mobile Fidelity Sound Lab!)