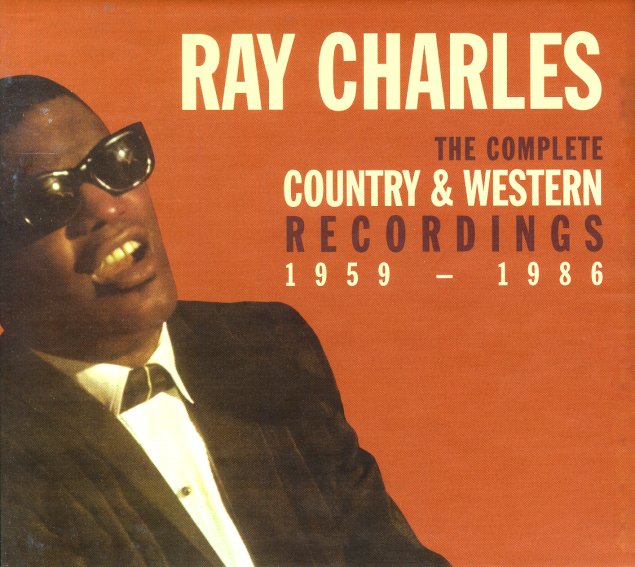 Sublime stuff! Sure, it's easy to sit back and say that you don't really dig Ray Charles albums that mix together country music and soul, and that you prefer his hard raw raunchy Atlantic recordings from the earlier days. But let's be honest, Ray really made his biggest splash with this stuff – and although it became extremely popular over the years, it's also part of a huge country soul tradition that's a very accurate representation of the rich crossover culture going on in southern soul, a tradition that for some reason always gets underplayed by folks who want to carve up the world in easy racial lines. Truth is, Ray was not the only soul artist to embrace country, and we can think of a host of others – including Solomon Burke, Ivory Joe Hunter, Joe Simon, Clarence Carter, Brook Benton, and Bobby Womack who all participated in this rich tradition. This set's essential if you're interested in checking out this side of Ray's career – and the price is pretty nice, considering that you get 4CDs, a great book, and 92 songs in all! Work is pulled from Ray's classic ABC sides in the format, plus others from before and after that generation. Titles include "A Born Loser", "I'm Movin On", "Busted", "Crying Time", "Teardrops In My Heart", "Half As Much", "No Letter Today", "Oh Lonesome Me", "Ring Of Fire", "What Am I Living For", "Let Your Love Flow", "Down In The Valley", and "Take These Chains From My Heart".  © 1996-2021, Dusty Groove, Inc.
(CONDITION NOTE: this copy is missing the first disc. Rest of the set is in nice shape, but again disc one is not included. Gold promo stamp on front artwork, samll cutout hole through tray cards, and mark through slipcover barcode.)