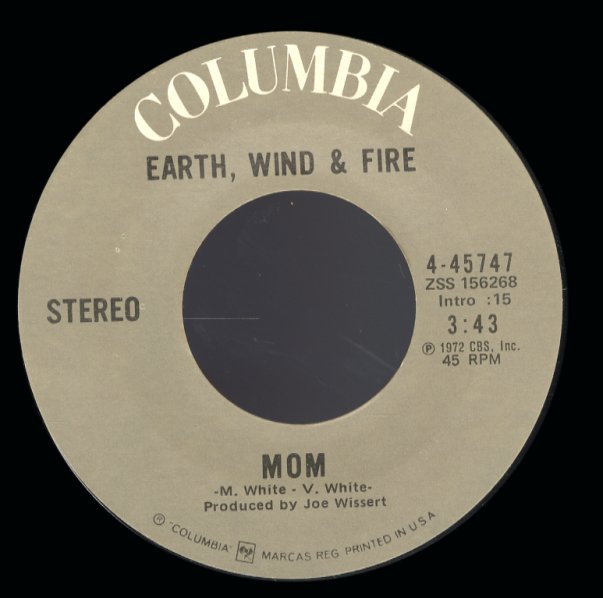 2 really great early numbers from Earth Wind & Fire! "Mom" is a lot nicer than you might think from the title – not sappy at all, but a righteous soul number with that sublime blend of jazz and soul that EWF had in their best early records. "Power" is even better – a really long track that begins with some chugging funky guitars, over which you'll hear some of Maurice White's trademark electric kalimba – grooving nicely as some hipper jazzy sounds come into the mix!  © 1996-2021, Dusty Groove, Inc.
(In a Columbia sleeve with some pen. Includes juke box strips.)