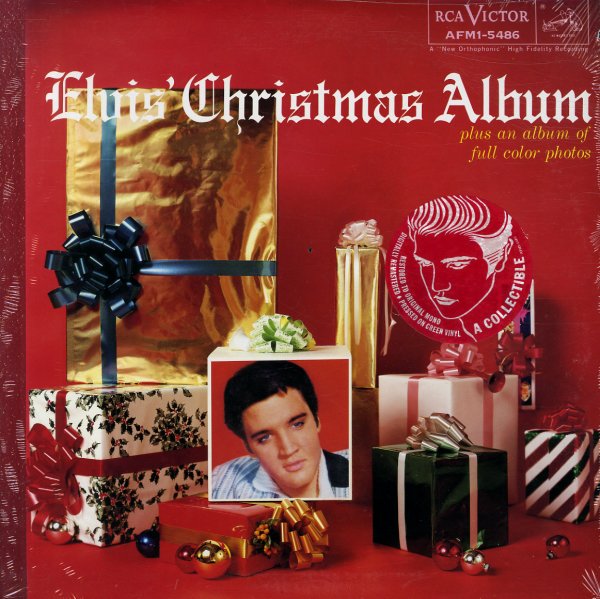 An early holiday gem from Elvis Presley – a set that had RCA Records wisely rushing the young singer into the studio to cut a host of Christmas tunes – which ensured that Elvis would be spinning on the turntable for many seasons to come! Titles include "Here Comes Santa Claus", "Silent Night", "Blue Christmas", "White Christmas", and "Santa Bring My Baby Back"  © 1996-2021, Dusty Groove, Inc.
(Mid 80s green vinyl remaster, with booklet inside the gatefold.)

Hunky Dory
RCA, 1971. Very Good+
LP...$36.99 (LP...$21.99)
Quite possibly David Bowie's first complete moment of genius – an incredibly-formed album that's filled with tunes beyond definition and description! There's still some traces of the earlier madman in the mix, but the overall sound is much more rock-heavy – although not without the ... LP, Vinyl record album

Just Ray Brown
Capitol, Late 60s. Near Mint-
LP...$19.99
An obscure one from David Axelrod! Ray's more of a rock/pop singer than a soul one – bu the album's produced by Axelrod with a style that adds in some decent blue-eyed soul moments, tinged with Axelrod's sense of baroque studio work. You won't find any monster breakbeats or hidden sample ... LP, Vinyl record album