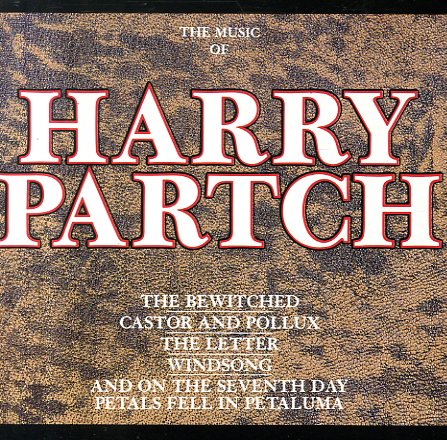 Good recording of a number of Partch's best works – Castor & Pollux, The Letter, Bewitched, and more – done with Partch at the helm, leading the Gate 5 Ensemble in a set played on his instruments, and augmented by a chorus. There's loads of Partch's cool percussion toys, bells, and gongs.  © 1996-2022, Dusty Groove, Inc.
(Out of print.)

Count Down
Imperial/Mr Nobody, 1959. Used
CD...$14.99
Space age rock and roll! The great Jimmy Haskell is one of the hippest arrangers of the 50s and 60s – and he penned more than a few great charts in his day for rock and roll oriented films and TV shows. This rare album has him writing some cool spaced-out instrumentals that basically take a ... CD

Romantic Moods Of Jackie Gleason (2CD set)
Capitol, 1950s/1960s. Used 2CD
CD...$6.99
Sublime instrumental work from the great Jackie Gleason – a beautifully-done collection of his classic sides for Capitol Records – music that's definitely steeped in the romantic moods promised in the title! Jackie's got a way with a tune that few other leaders can touch – cool, ... CD