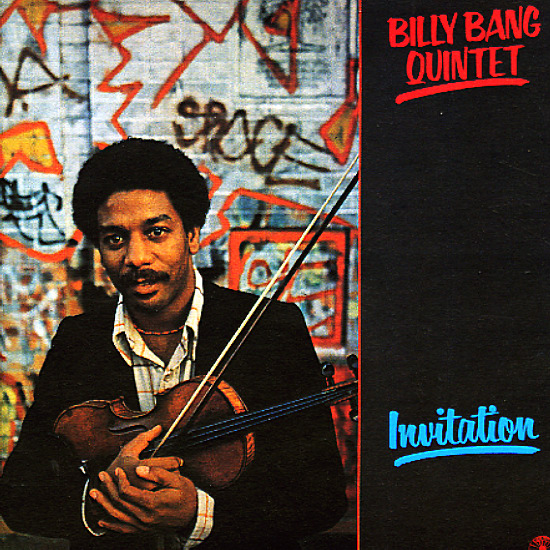 Great work from Billy Bang's early 80s years on Soul Note Records – a time when he really seemed to find a new focus in his music – totally taking off in great new directions that are always a joy to discover! There's a positive feel to this record that's undeniable – a pushed-forward quality that has Bang leading a host of avant players through some mostly straighter territory – often vamping nicely with a rhythmic pulse, then letting themselves free at points to reach the outer limits of their sound. Players include Charles Tyler on alto and baritone sax, Curtis Clark on piano, Wilber Morris on bass, and Dennis Charles on drums – and the set features a sublime reading of "Invitation", plus "An Addition To Tradition", "A Pebble Is A Small Rock", "In A Minute", and "Secret Society".  © 1996-2021, Dusty Groove, Inc.
(Cover has a lightly bent and cut corner.)

Don't Lose Control
Soul Note (Italy), 1979. Very Good+
LP...$11.99
A trashy cover, but a great little record – one that's filled with wonderfully sensitive sounds from the team of George Adams and Don Pullen – working here in some really relaxed, soulful territory! The album's got a laidback feel that's a nice change from some of the more cerebral ... LP, Vinyl record album