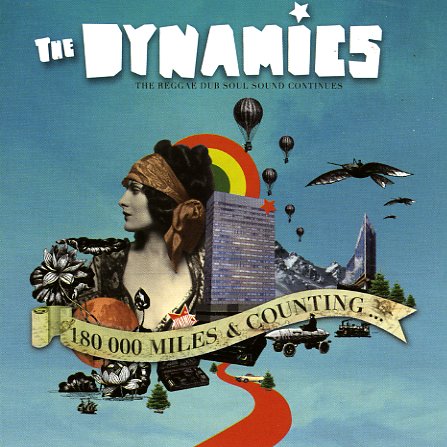 Reggae dub soul from The Dynamics – and they do more than that, too – a richly diverse, easy going and soulfully resonant set from the France-based, globally-reared group! There's a real love for classic soul at the roots of the group's sound – as well as the hazy rhythms and breezy groove of dub reggae and some grittier funky soul. The combine it all really well, along with strains of Afro Soul. The group first made a name for themselves with some truly brilliant cover tunes, and they're still master adapters, but 180,000 Miles & Counting also a lot of great original material in which we get to hear the group on a more personal level – and it's the album is all the better for that! Includes "For The Love Of Money", "I Know She Cares", "Can You Handle This Dub", "International Soul", "Do The Dance", "Bring Me Up", "Show Me", "My Stride", "Squeezed Lookums", "Walk On The Wild Side", "Shibuya Crossing", "Tonight", "Miracles" and more. 17 tracks on the CD.  © 1996-2021, Dusty Groove, Inc.
(Out of print.)

Version Excursions
Groove Attack (Germany), 2007. Used
CD...$11.99
The first full-length set from The Dynamics – a cool little combo who've been getting attention for their funky 45s, most of which are reggae covers of soul, funk, and pop tunes from the 60s and 70s! That same approach is used here to great effect – kind of a rocksteady remake of ... CD