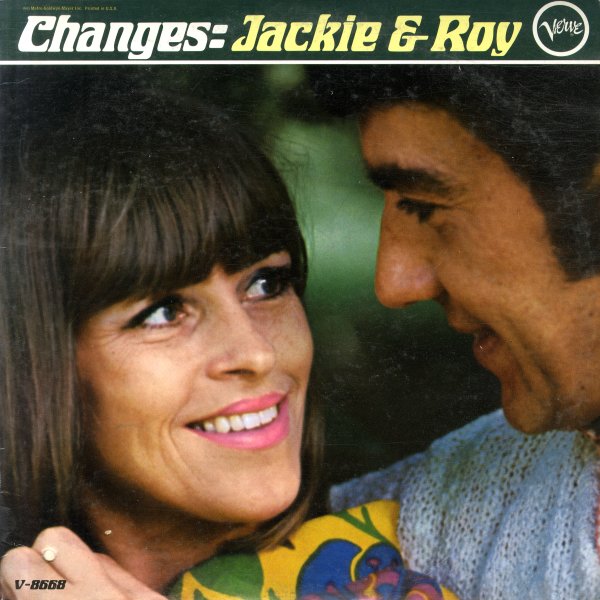 Jazzy Verve-y grooves by this fab duo, with arrangements by Charles Calello and Claus Ogerman that are similar to those used on the pair's Grass album, but with a bit less pop psychedelia thrown into the mix. Tracks are groovy pop stuff, like "Norweigian Wood", and "The Word" – plus more obscure numbers, like "Changes", "Counting", and "Bye Bye". Always great stuff from Jackie & Roy – and work we've come to appreciate more than their classic work!  © 1996-2022, Dusty Groove, Inc.
(Mono MGM pressing with Van Gelder stamp. Cover has some wear and aging, with a bit of pen in back.)

Lovesick
Verve, Mid 60s. Very Good+ Gatefold
LP...$3.99 (CD...$7.99)
Wonderfully groovy work from the team of Jackie Cain & Roy Kral – a set that has the pair moving into much hipper modes for the 60s, and really taking off from the greatness of earlier records! Backing is still by Roy's core trio, with acoustic piano at the lead – but the addition ... LP, Vinyl record album

Time & Love
CTI, 1972. Near Mint- Gatefold
LP...$3.99
An excellent 70s set by Jackie & Roy – very different than their work of the 50s and 60s, with an approach that's much more far-reaching and complicated – a style that opens up their vocal talents majestically! Gone are the simpler ditties of earlier years, and in their place are ... LP, Vinyl record album