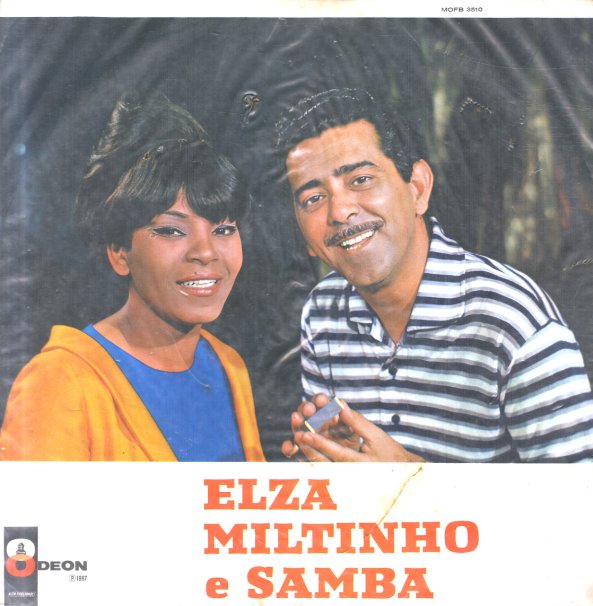 The first pairing of Elza Soares and Miltinho is a delight throughout – a set that follows on the Brazilian duet style of the time, but seems to handle things with even more charm and flair throughout – never just forcing the two singers together in the company of a tune, but really letting them open up and expand the songs with their personal touches. Although singing, it almost feels like they're speaking to each other at points – and with lively samba backings supporting their work, the sound is plenty groovy throughout. Lyrio Panicali handled the music – and titles include "Com Que Roupa", "Todo Dia E Dia", "Antonico", "Mal De Amor", "Se Voce Visse", and a number of other tunes done in "pout-pourri" style.  © 1996-2021, Dusty Groove, Inc.
(Original mono pressing with green & white labels, still in the plastic outer sleeve.)