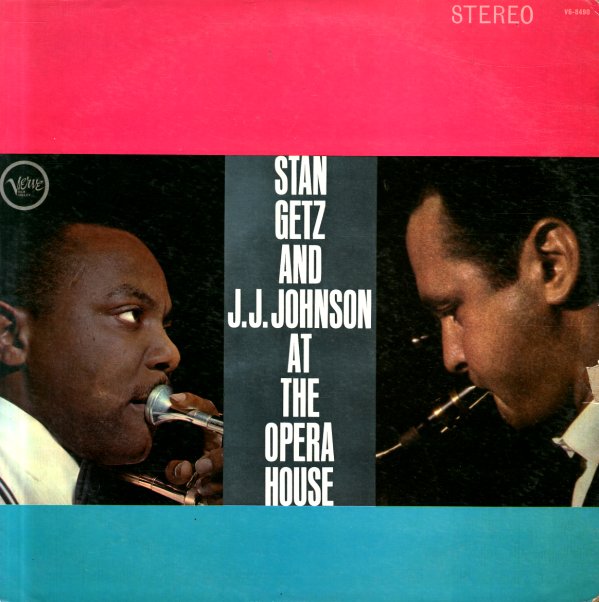 A strange pairing – but that's sometimes what makes these Verve "pro meets pro" sets from the 50s so great. Getz and Johnson are backed by Oscar Peterson, Ray Brown, Herb Ellis, and Connie Kay – and the tracks are longish, with plenty of solo room in the open jam session mode of the recording. Titles include "Billie's Bounce", "My Funny Valentine", "Crazy Rhythm", and "Blues In The Closet".  © 1996-2021, Dusty Groove, Inc.
(MGM stereo pressing. Cover has ring and edge wear, a cut corner, and small sticker spot on front.)