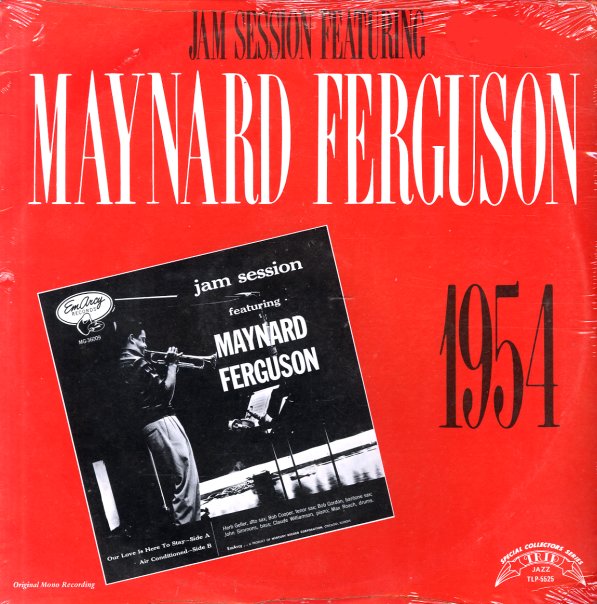 Think what you might about Maynard Ferguson, but lots of his early albums are filled with great players – like this "jam session" record that includes Herb Geller, Bob Cooper, Bob Gordon, and Max Roach. Each side contains one long track – "Air Conditioned" and "Our Love Is Here To Stay" – both of which have a relaxed jam session feel, and lots of room for good solos.  © 1996-2020, Dusty Groove, Inc.
(Trip pressing from the 70s. Cover has light wear. Vinyl plays with a short click on the first track.)

Chameleon
Columbia, 1974. Very Good+
LP...$2.99
Funky Maynard Ferguson – and one of his sweetest albums of the 70s! The set features a wonderful remake of Herbie Hancock's "Chameleon" – done here as a big band version that countless other groups would copy during the 70s – in a way that almost showed that Maynard had ... LP, Vinyl record album

Carnival
Columbia, 1978. Very Good+
LP...$1.99
A cool cooker from Maynard Ferguson – and a set that has all the upbeat tones you'd expect from the title, but lots of funky currents underneath! The set really sparkles right from the start – and has that sweet vibe that Maynard was really getting perfect on these late 70s records for ... LP, Vinyl record album