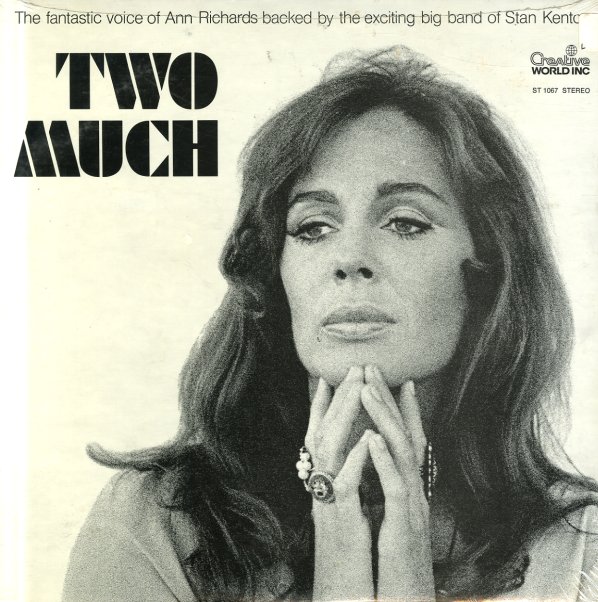 Ann's a more lustily voiced singer than the sort that usually worked with Stan Kenton during the 50s – with a deep range in her delivery of a song, and a mode of singing that's a bit more unbridled than you'd expect for someone working under Stan. This set's a lot more Ann's album than it is Kenton's – and arrangements, by the likes of Gene Roland, Bill Holman, and Johnny Richards, are all pretty swinging with more room for Ann's voice than horn solos. Titles include "No Moon At All", "The Morning After", "I Was The Last One To Know", "All Or Nothing At All", and "Don't Be That Way".  © 1996-2021, Dusty Groove, Inc.

Welcome Matt Dennis
Jubilee, Late 50s. Very Good
LP...$9.99 (CD...$4.99)
A lesser-known set from vocalist Matt Dennis – not as well-remembered as his 50s dates for RCA and Kapp, but still pretty darn great nonetheless! Matt's working here with full backings from Sy Oliver – in a set that showcases his talents more as a singer than a songwriter – but ... LP, Vinyl record album