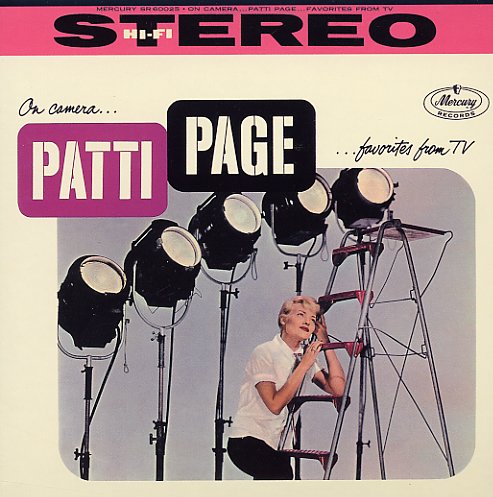 Patti Page is playing off the success of her late 50s TV show here – and offers up a set of swinging arrangements from the program, exactly as they were done for the TV audience! The style's a bit different than Patti's bigger hits – and showcases a wider range of musical modes, often ones that are more optimistic and cheery than the lovelorn themes that dominated the singles. Titles include "It's A Pity To Say Goodnight", "Sometimes I'm Happy", "Crazy Rhythm", "When Day Is Done", "Then I'll Be Happy", and "The Gypsy".  © 1996-2021, Dusty Groove, Inc.
(Black label stereo pressing with deep groove. Cover has a small split on the bottom seam with a strip of clear tape and light surface wear.)

Let's Get Away From It All
Mercury, 1957. Very Good
LP...$1.99
A travel-themed set from Patti Page – and a pretty darn great one at that! Patti nicely shakes off some of cliches here – working with full, jazzy backings, and often hitting sounds that are a bit more mature than on her familiar pop numbers – modes that nicely match the global ... LP, Vinyl record album