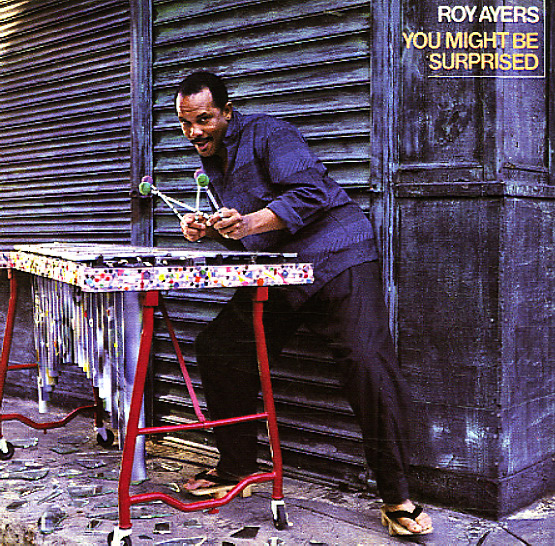 Roy Ayers in a tight mid 80s funk mode – commanding a modern vibe really well, especially with his vibes so prominent in the sound! Although the sound's a step or two more modern than the Polydor years, Roy still sounds great – and he grooves nicely on this batch of tracks that mix his older jazz funk style with an 80s groove sound that has slight touches of electro. This mix of modes is really unique for the time, with Roy embracing the new school without completely letting go of his trailblazing personal approach. Jean Carn sings lead vocals on the cut "Can I See You", and the album also includes the nice stepper "Programmed For Love", plus "Virgo", "Night Flyte", and "For You", a smooth mellow cut that's got great vocals by Roy! This 2012 FTG edition features the rare single versions as bonus tracks – 6 in all, including "Programmed For Love (12" Extended Version)", "Hot (12" Version)", "Hot (Dub Mix)", "Slip N' Slide (7" Version) and more.  © 1996-2021, Dusty Groove, Inc.
(Out of print.)