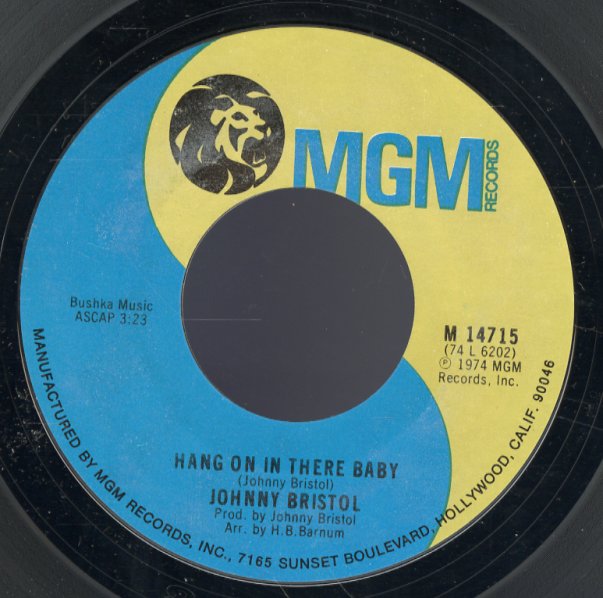 Hang On In There Baby/Take Care Of You For Me

A solid killer from Johnny Bristol – one of his classic tracks of the 70s! "Hang On In There Baby" is half Marvin Gaye, half Barry White – with a soaring and righteous groove that's completely sublime. Grabs you from the first minute of the track's mellow groove, and makes you love it even more once Johnny's warm vocals kick in! "Take Care Of You" is mellower and a bit romantic, but still quite nice. Both tracks arranged by HB Barnum.  © 1996-2021, Dusty Groove, Inc.
(In an MGM sleeve, with a bit of pen. Includes jukebox strips.)