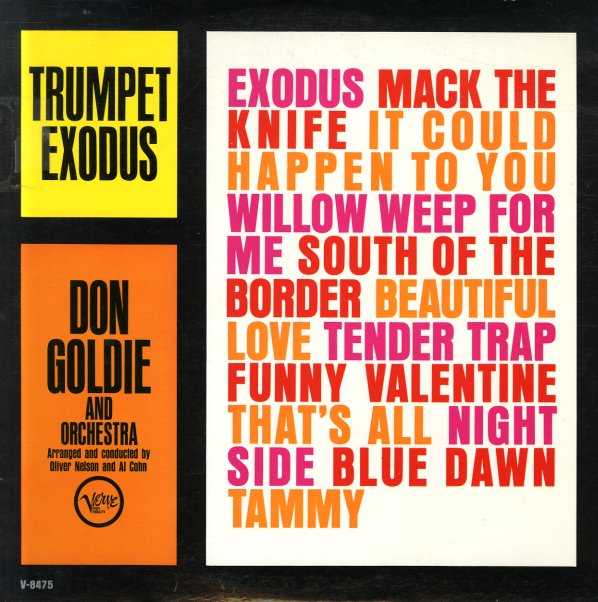 With orchestra arranged by Oliver Nelson and Al Cohn on titles that include "Exodus", "Willow Weep For Me", "My Funny Valentine", "Mack The Knife", "It Could Happen To You", and more.  © 1996-2021, Dusty Groove, Inc.
(Mono MGM pressing. Cover has some wear and aging, with a small sticker at the top right corner.)