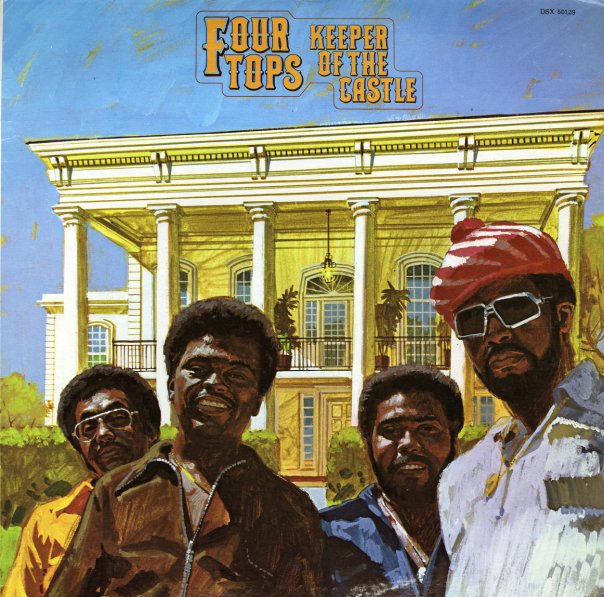 Killer Four Tops material from the early 70s – and a record that proved that they didn't need to be on Motown to still keep churnin' out the hits! The sound is sophisticated, and pushes past the standard format of the group's good-selling records for Motown – hitting a classic AM Radio soul groove that's best summed up by the album's monster hit "Ain't No Woman (Like The One I've Got)", one of those tracks that will probably be played around the world for years and years and years. The rest of the record's just as great, and includes loads of tasty numbers – like the excellent title cut "Keeper Of The Castle", plus "Love Music", "Turn On The Light Of Your Love", and "Remember What I Told You To Forget". Soulful and sophisticated, and a nice break from the Motown years!  © 1996-2023, Dusty Groove, Inc.
(Includes insert.)

Nature Planned It
Motown, 1972. Very Good+
LP...$8.99
Why did Motown ever let the Four Tops get away? This album was their last for the label – and it's an excellent one, filled with soul, sweetness, and some of the best arrangements the group had in their later years! The soul component is super-high – with tight group instrumentation ... LP, Vinyl record album

Meeting Of The Minds
ABC, 1974. Very Good+ Gatefold
LP...$5.99 7.99
A pretty great little album from the Four Tops – the kind of excellent sleeper that shows how strong the group stayed year after year! At some level, the album's got a similar relation to the group's Motown career as do Lamont Dozier's albums at ABC – and the arrangements by Gil Askey, ... LP, Vinyl record album