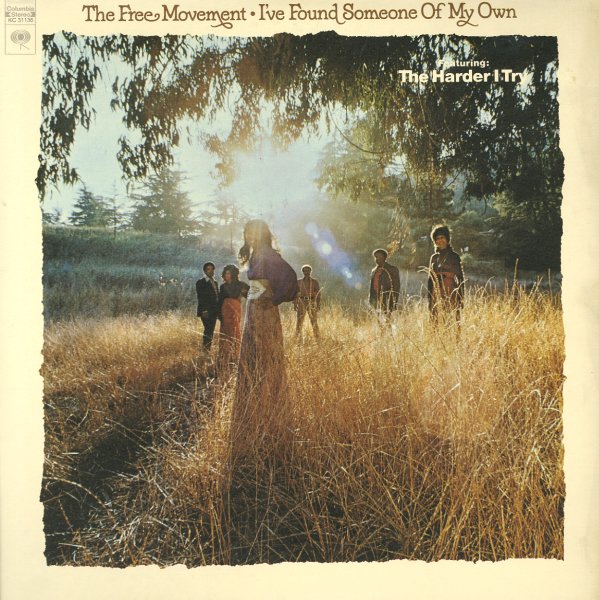 I've Found Someone Of My Own

Righteous soul from The Free Movement – a mixed male/female harmony group with a feel that's similar to The Fifth Dimension or The Friends Of Distinction, but a bit hipper! The group have a sunny feel that's quite nice – soaring harmonies reaching to the top of the groove on the best cuts, rolling around in a positive, soulful style that still holds up strongly over the years. Arrangements are by Michael Omartin, Jimmie Haskell, and Toxey French – and the record includes their hit "I've Found Someone Of My Own", plus "Son of The Zulu King", "Where Do We Go From Here", and "The Harder I Try (The Bluer I Get)".  © 1996-2021, Dusty Groove, Inc.
(In the textured cover, with some surface wear.)