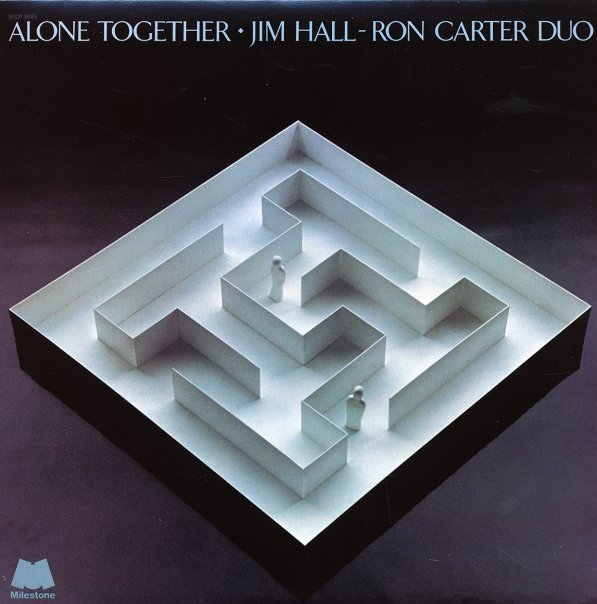 The title's an apt one, as the session features spare, unaccompanied duets between guitarist Jim Hall and bassist Ron Carter – done at a time when both players were stepping into some of their warmest, most sensitive years. Hall's especially great here – and even though he had already built a career out of working in lighter, less rhythm section-based settings, the early 70s saw him moving into even more unfettered territory – and opening up with incredibly personal, sensitive notes that danced equally well with the space around them. Titles include "St Thomas", "I'll Remember April", "Alone Together", "Softly As In A Morning Sunrise", and "Autumn Leaves".  © 1996-2022, Dusty Groove, Inc.